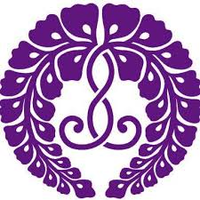 It’s interesting that my spell-check does not underline “Aloha” and “Sayonara”, indicating that they are not misspelled or foreign words in the English vocabulary.  I don’t know what the AI system is that highlights incorrect words or expressions. All I can think of is that I, and probably most of my teachers, wished I had this tool when I was going through my elementary, secondary and college education, so that they didn’t have to spend so much time correcting my spelling and grammar. Writing was not a requirement that I enjoyed, let alone, was very confident in learning. Looking back, it almost seemed like “correct” English was a second language to me.  I do recognize that having a Kibei father, and Nisei mother speaking a mixed vocabulary of English, Japanese and Japanese-American Japanese could have had an effect on my linguistic challenges.

I didn’t intend to go off on the above tangent when I first wrote the title for this “final” article for the Buddhist Temple of Marin newsletter, but it does reflect the unpredictable way my mind jumps from one often random thought to another.

This article will be my Aloha or Sayonara message to the BTM sangha. My assignment as the Supervising Minister began in June of 2012, when Larry Shaw was the BTM president. During these eight years, and actually before, given the history that I would be invited to lead BTM DFS when I was working in the Office of the Bishop, from 2005.  During these past fifteen year, in addition to Larry Shaw, there have been a number founding and life-long members of BTM that have preceded us to the Pure Land to become Buddha’s who guide us on our own journey’s of/to Awakening to Oneness in Immeasurable Life and Light, affirmed in saying/living of the Nembutsu: Namo AmidaButsu (in gratitude).

To all the past, present and future members of the Buddhist Temple of Marin sangha, I offer my gratitude and encouragement to continue to hear/live the Call of Aloha (Actively Living Open-Hearted Awareness).